Well, well, well.. I tell you: this is not the number I had planned to show you (and draw, in the first place) as the second bear in The Popular series. No. But I guess it really doesn't matter now. What's done is done.

This particular bear comes from a Russian folk tale: Mashenka and the Bear. 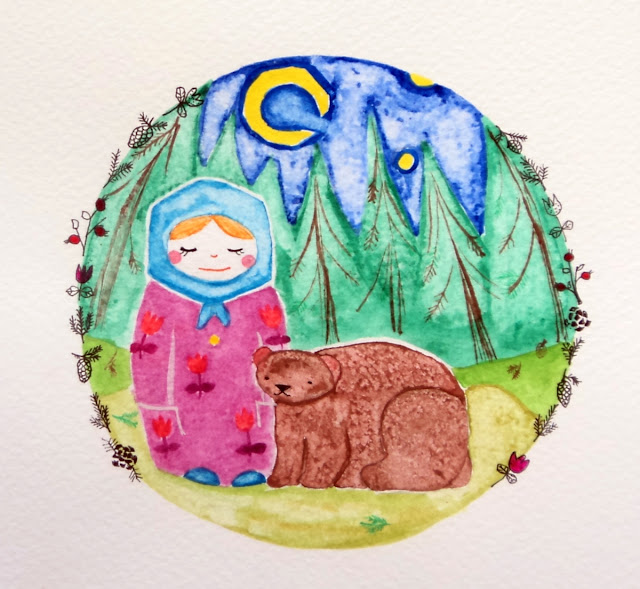 I've noticed Russians like bears a lot, and I would be lying if I said I do not find that pleasing.

What I really like about this tale is the ending. Unlike the classic Grimm tales, where the villain is horribly punished, this one seems to just take an easy look on life approach. 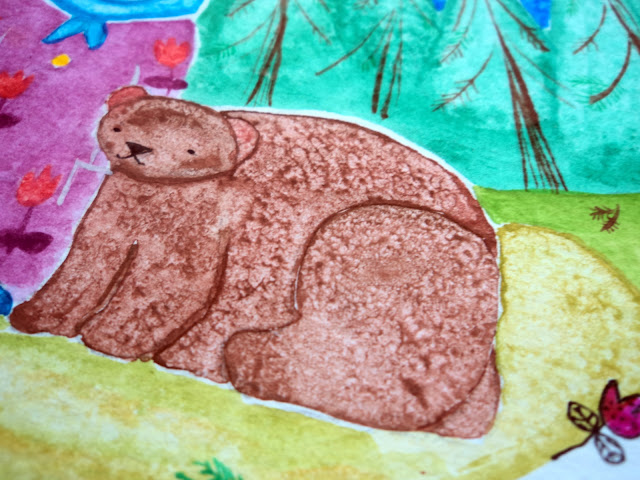 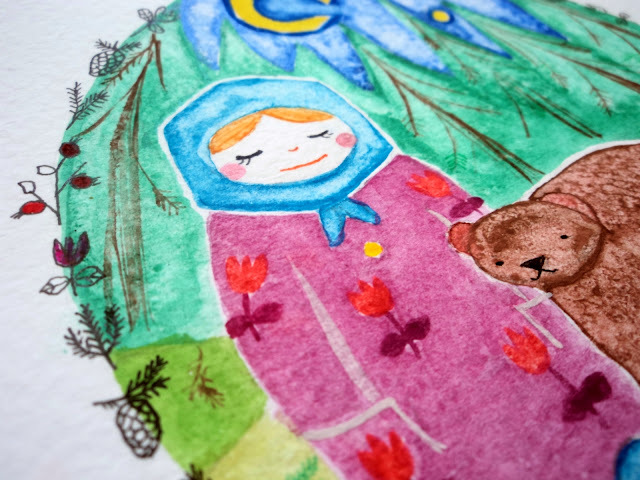 I've come across this particular tale when gathering materials for the children's books illustration workshop I'm attending. I own a little old book, [in Spanish (!)] published in USSR with images from an animation film made by Soiuzmultifilm - or so it says on the back cover.

Should you be curious, you can read the story here (in English), it's really short.

I've also seen an old (1960's) Russian stop motion animation movie floating around and a newer version (? I didn't check this one, it made me laugh though because I saw some thumbnails and my Mashenka has the same colour on her coat as the character is this animation - talk about coincidence! :)