The Secret to Marcel's cheery disposition was knowing there will always be a steaming teapot ready to lift one's spirits.

I'm adding little bits and pieces to Marcel's character with each drawing.

I've decided he's black with a white tip tail, wears shorts and of course - of course! - a breton shirt.

He's somewhat of a rascal - aren't all cats, though?, but he has a certain sensitivity and wisdom about him, that shows up in the most of unexpected circumstances. Oh my, I think I'm falling in love ;) 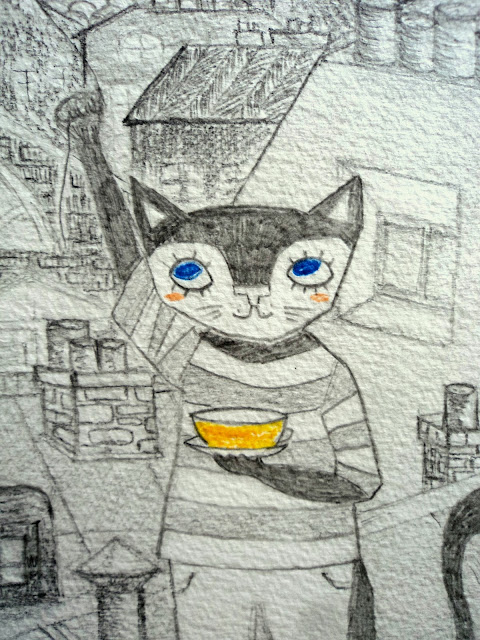 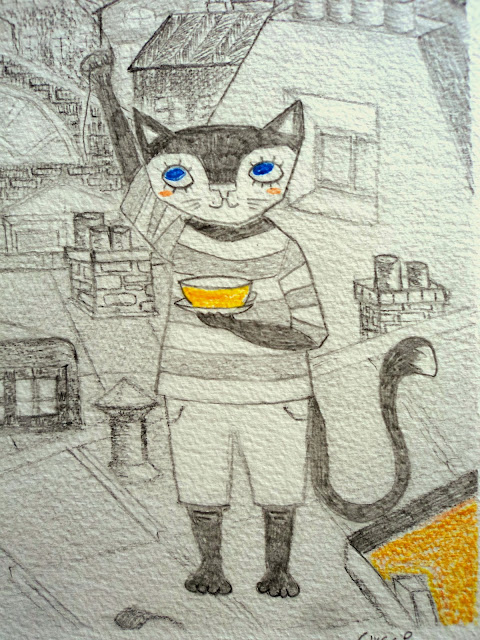 Warmer colours & the black background makes it stand out better: 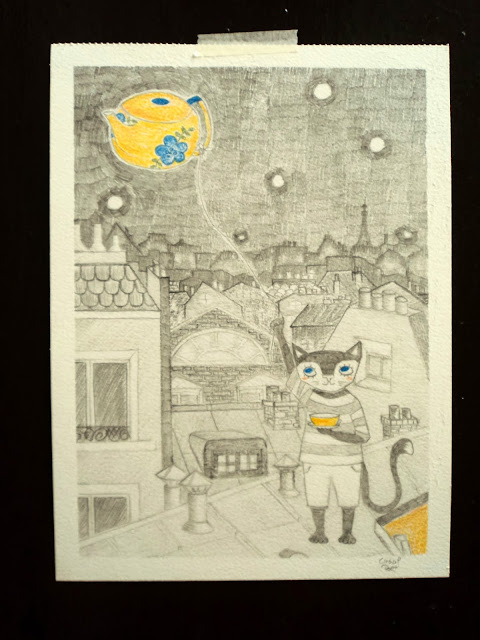 Bonus: a little in progress gif

I've used lighter pencils this time - few lines and areas with 6B or 5B - mostly HB & B, some old and/or cheap pencils.
It seems more studied, but it's only because I've drawn the roofs with a reference and having a napkin to rest my hand and not smudge the graphite made it easier to draw straighter lines (took the edges of the napkin as reference).

All in all, I really like it and it's been so much fun doing it. I hope you like it too!